It’s worth looking at how far the medical use and research of psilocybe cubensis mushrooms has come. According to lab professionals at Hidden Forest Mushroom Spores, current results pave the way for future research and are also an indicator of how much psilocybin could do for medical patients in the next few years, especially when it comes to the benefits it offers in treating mental health issues.

One new study has brought the research of psilocybin as a treatment for depression to a new stage. According to the study, psilocybin treatment is now proven as effective for up to a year in treating severe cases of depression – especially cases that are resistant to conventional treatment. 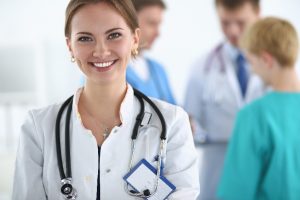 Present results and treatments that already work pave the way to future medical uses and increase the research potential associated with psilocybin and magic mushrooms. As part of cognitive behavioral therapy and when it comes to the treatment of conditions that involve severe negative emotions, psilocybin is also seen to have the potential for remarkable future treatment. Also, some scientists argue that future psilocybin use can even alter the brain to the extent that negative emotions can be reduced in intensity to a great extent temporarily.

Controlled dosages and specific use continues to evolve as medical researchers and doctors uncover one breakthrough after another. In time, psilocybin might even be cleared for medical use in a greater number of states, even those that currently ban all use of the substance.